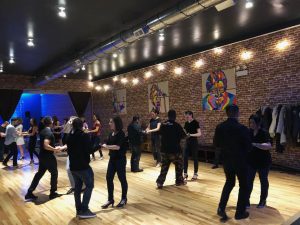 INAUGURATION OF THE LEGEND’S MURAL PROJECT TO BE HELD ON SATURDAY SEPTEMBER 29, 2018 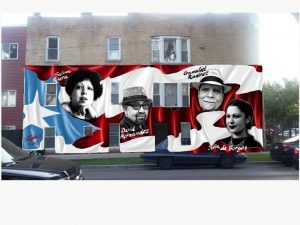 The artistic contributions made by Rivera, Hernandez, and Ramirez, in Chicago’s Puerto Rican/Latino community were immense and immeasurable, not only to Chicago’s Puerto Rican/Latino community, but to the entire city of Chicago.  Their artistic initiative can be traced to the early 1970’s when these visionary local artists collectively established an arts organization that provided an artistic outlet to the youths residing in the Lakeview area, i.e. El Taller, located at 1030 West Grace.  For over four decades, these three individuals were in the forefront in the development of Chicago Puerto Rican/Latino arts through their educational workshop development, publications, musical performances, and the development of artistic murals throughout the entire city.  In Chicago’s poetic circle, David Hernandez, was hailed as the unofficial “Poet Laureate of Chicago”.

Gamaliel Ramirez and artistic/cultural community activist, Edmee Cappas Velez, initiated the conceptualization and idea for this mural project in 2015 shortly before Ramirez relocated to Puerto Rico.  Unfortunately, Ramirez was unable to complete the project due to his untimely tragic death, as a result of health complications immediately after Hurricane Maria.  Gamaliel Ramirez passed away on May 21, 2018, in Puerto Rico.  The initiative and responsibility of completing the project rested on the shoulders of local muralist, John Vergara (Ramirez served as his mentor), and Edmee Cappas-Velez.  The mural project has been completed with the assistance of other local artist (John Pitman Weber, Patricia Perez & Alisa Scott), and YSVP youth volunteers (Jacob Jimenez and Jelani Davis), and community activist members. 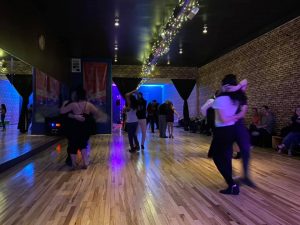